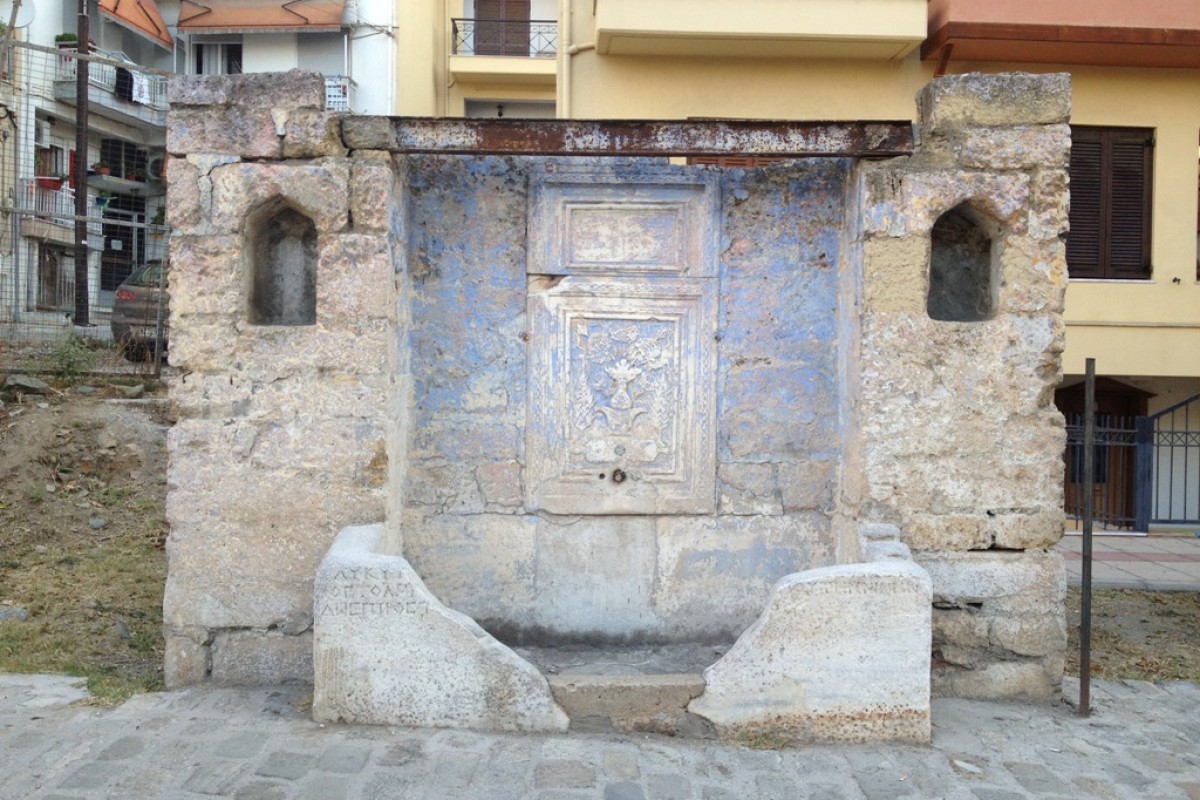 Apart from the fortifications of both cities, the next thing that springs to mind are the fountains!

The city of Thessaloniki took water from springs in Chortiatis, Retziki and Stavroupoli. Τηε fountains were built for the residents to get drinking water ιn various parts of the city, especially in squares and streets that passed under water pipes,. Most of them were built by the Ottomans, who believed that water was directly related to religion and even considered it as sacred.

We can find many fountains in Ano Poli, which stand out for their beautiful designs and construction. Which ones have you seen? One of the eight fountains located in Ano Poli is the famous fountain of Olympiados Street, very close to the church of Prophet Elias. This is the first monument of the city that was moved to be saved from the constructions that were done on Olympiados Street.

Take a good look at the Fountain in the photos:

Find the "secret paper" with the key that will help you in exploration!

We’re sure that you’ve seen other fountains in the city of Thessaloniki. Which ones do you remember?

Send us photos from your Ano Polis Fountain!