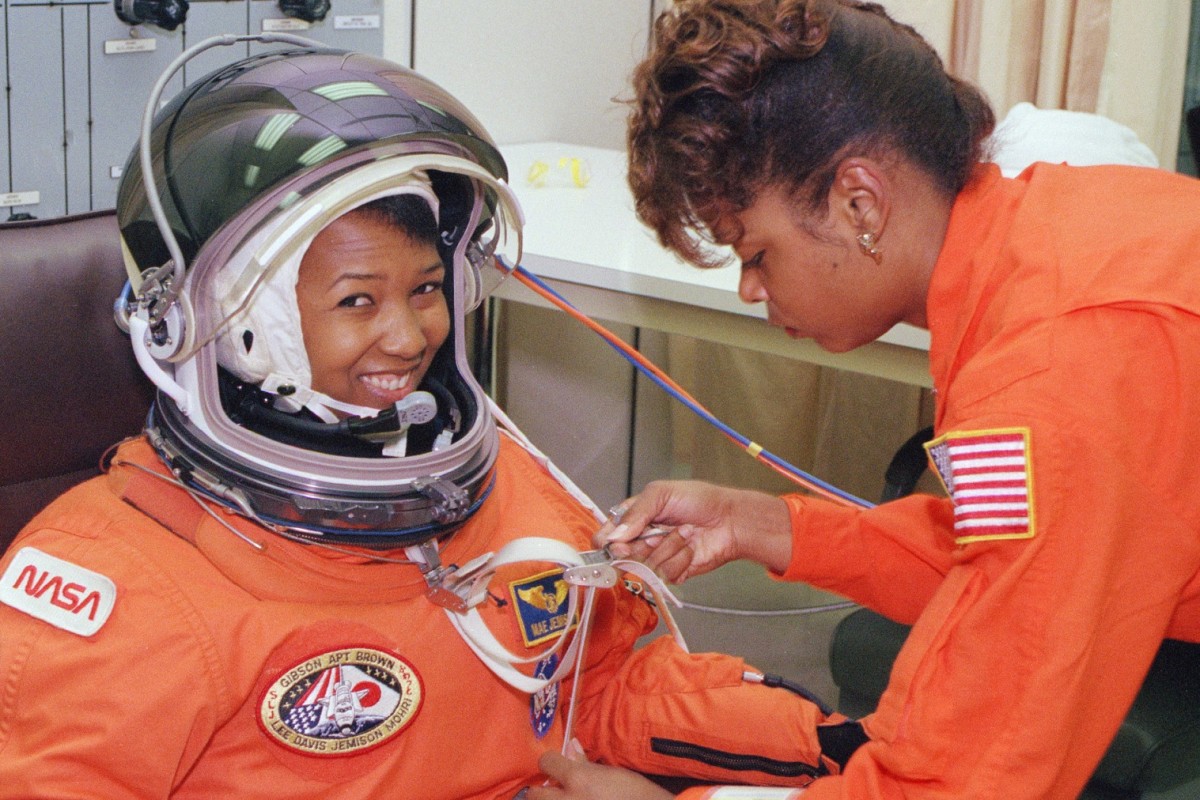 Mae Carol Jemison is born in Alabama in 1956 and grows up in Chicago. Jemison loves the reading from a very young age, while she dreams of flying to space! She reads every book and watch every single movie of science fiction, such as the sci-fi TV series “Star Trek” with her idol Michelle Nichols as Lieutenant Uhura.

Jemison begins to study nature and human physiology as she observes the world around her to learn more about science. Her parents encourage her scientific interest and support her studies at the university. At the age of 16 she finishes Stanford University and takes her first degree as a chemical engineer. In 1981 she takes her Ph.D. degree in medicine, and then she starts to travel to Cuba, Kenya and Thailand to provide medical assistance to people.

Despite the difficulties that Jemison encounters during her studies, both for the color of her skin and for the female gender, her stubbornness and her space dream give even more strength and determination! Thus, in 1985 she makes her first application to NASA astronaut training program, which was postponed due to a space accident in 1986. Jemison doesn’t give and she finally makes a new application in 1987. She ends up being one of the team of the 15 people selected by NASA for the program. The number of applications that year was more than 2,000.

"Astronaut Group 12" is the first group of astronauts of 1987, in which Jemison is part of. The Associated Press covered her as "the first black female astronaut." Her dream is coming true! Jemison flew as a science on the STS-47 space mission, a cooperative mission between the United States and Japan. She loges 190 hours, 30 minutes, 23 seconds in space and orbited the earth 127 times. After returning to Earth, Jemison resigned from NASA (March 1993).

She follows an academic career and is continuing to scientific research. Jemison not only wins awards and accolades for her science research, but also for her great talent on television! Another dream of her comes true when Levar Burton invites her to participate in her favorite TV series "Star Trek". Jemison appears as Lieutenant Palmer in an episode and becomes the first real astronaut to appear in series.

Today, she is a professor at Cornell University. She’s founded the "Jemison Foundation" to research and develop new technologies, improving human health and daily life. She strongly supports science education in schools, encouraging all children - regardless of gender and color - to love science and have e a professional science career. Jemison keeps inspiring her students and encouraging them to go on their own way, without letting anyone get in the way of what they dream of.

Don't let anyone rob you of your imagination, your creativity, or your curiosity.

It's your place in the world; it's your life.

Go on and do all you can with it, and make it the life you want to live.