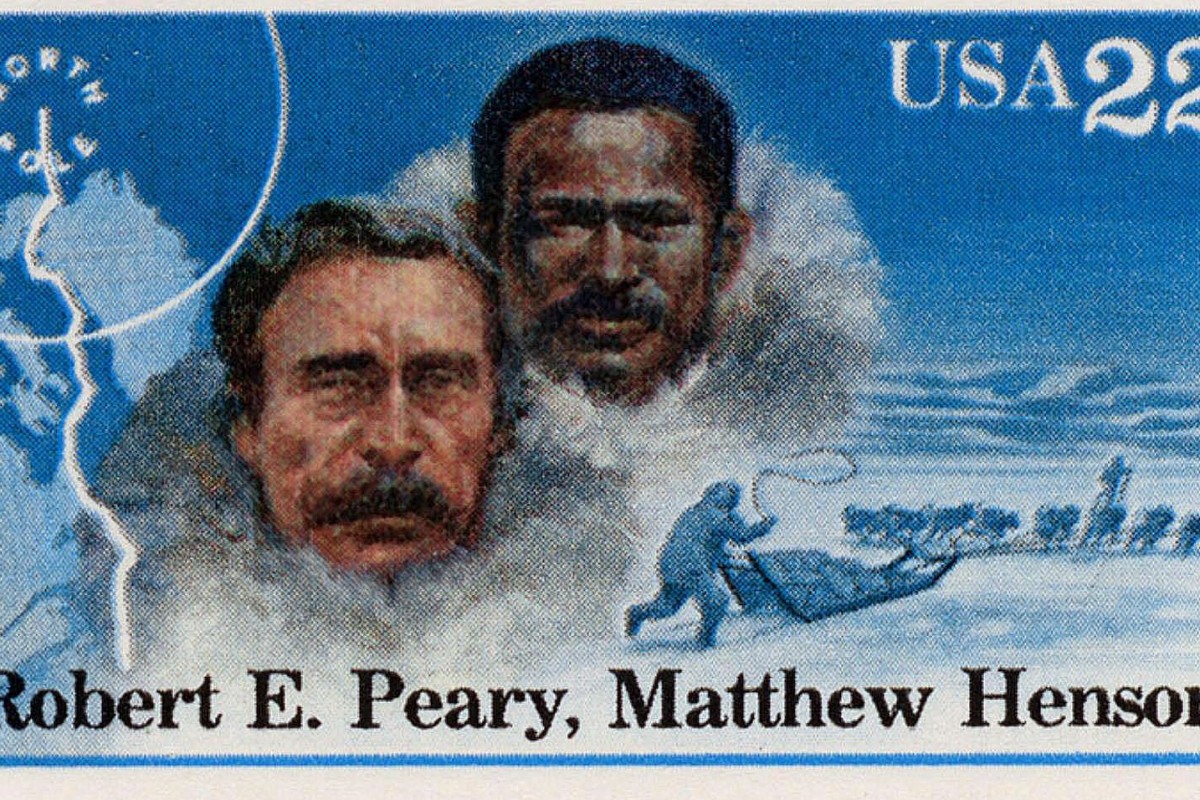 Matthew Alexander Henson was born on August 8, 1866 on his parents' farm east of the Potomac River in Maryland. The Henson family is forced to sell their farm and move to Georgetown together to escape attacks from various groups (such as the Ku Klux Klan). When Henson is seven, he loses his mother, and his father remarries. When his father dies, Henson goes to Washington to stay with his uncle.

Henson begins his studies at a school specifically for blacks. At the age of ten he goes to a ceremony in honor of Abraham Lincoln and is inspired by the speech of Frederick Douglas, which marks him for his whole life! In this speech, Douglas spoke about the human rights and freedoms that all people should have and asked everyone to fight for the prejudices that exist for them and to claim an opportunity in education. From that day on, Henson dreamed of his own opportunity, which of course did not take long to come!

Henson is only twelve years old when he finds work on a merchant ship. The captain immediately likes the young Henson and teaches him to read and write, while revealing all the secrets of shipbuilding. Henson immediately loves work and especially exploring the sea! He travels to various places from China, Japan, Africa to the Russian Arctic Seas, always with his beloved teacher and Captain Chaindles. All this new experience at sea changes Henson's life when he meets Robert Perry, a well-known American explorer.

Henson and Perry embark on their first mission together on an exciting journey to Greenland in 1891, where they stay for two years with the Eskimos, learning about their language and ways of surviving. For the next few years, the two explorers become inseparable and travel to different parts of the Arctic with the dream of discovering the North Pole. In 1902 they failed in their first attempt to reach the North Pole, as many members of their team died of starvation. Perry does not give up and in 1906, with the financial support of former President Theodore Roosevelt, they buy a special boat that can cut the ice. The boat can not move 170 miles from the North Pole from the melted ice and explorers fail for the second time. Two years later, Perry and Henson begin their third attempt. Henson trains team members on sleigh handling and trains them to cope with difficult Arctic conditions. Their journey takes about a year, while many of their team give up as they can not stand. Perry and Henson do not give up and after an exciting journey on the ice, on April 6, 1909 they set foot on the North Pole with four Eskimos and 40 dogs. Perry and Henson's dream come true: they discover the North Pole!

I think I'm the first man to sit

on top of the world!

Although the mission to the North Pole is a huge feat, unfortunately only Perry is recognized and wins many awards, while Henson is forgotten because of the different color of his skin. For the next few years, Henson works as a clerk in the US customs, while he does not stop dreaming of new explorations! In 1912 he published an article about his mission to the North Pole entitled "Black Explorer" (<Black Explorer). Shortly after the article was published, Henson gained the recognition he deserved!

In 1937 he was accepted as a member of the Explorers Club of New York, a community to which all the great and famous explorers / adventurers belong, such as Roald Amundsen who discovered the South Pole, Edmund Hillary together with Tensing Norwegians who arrived in , Neil Armstrong and Buzz Aldrin, who first set foot on the moon, and Jacques Picard and Don Walsh, who discover the deepest point of the Pacific Ocean. In 1944, Congress awarded Henson, and five others, assisted Perry, the silver Peary Polar Expedition Medal. In 1948 he became an honorary member of the Explorers Club, while in 1947 the Chicago Geographic Society awarded him a gold medal for his exploration.

Henson continues to write books about his explorations until the end of his life and how a person of a different color can achieve so much. Henson died in the Bronx on March 9, 1955, at the age of 88. The funeral will be held at Woodlow Cemetery, and in 1988 he and his wife will be flown to Arlington National Cemetery in honor of his exploration achievements.