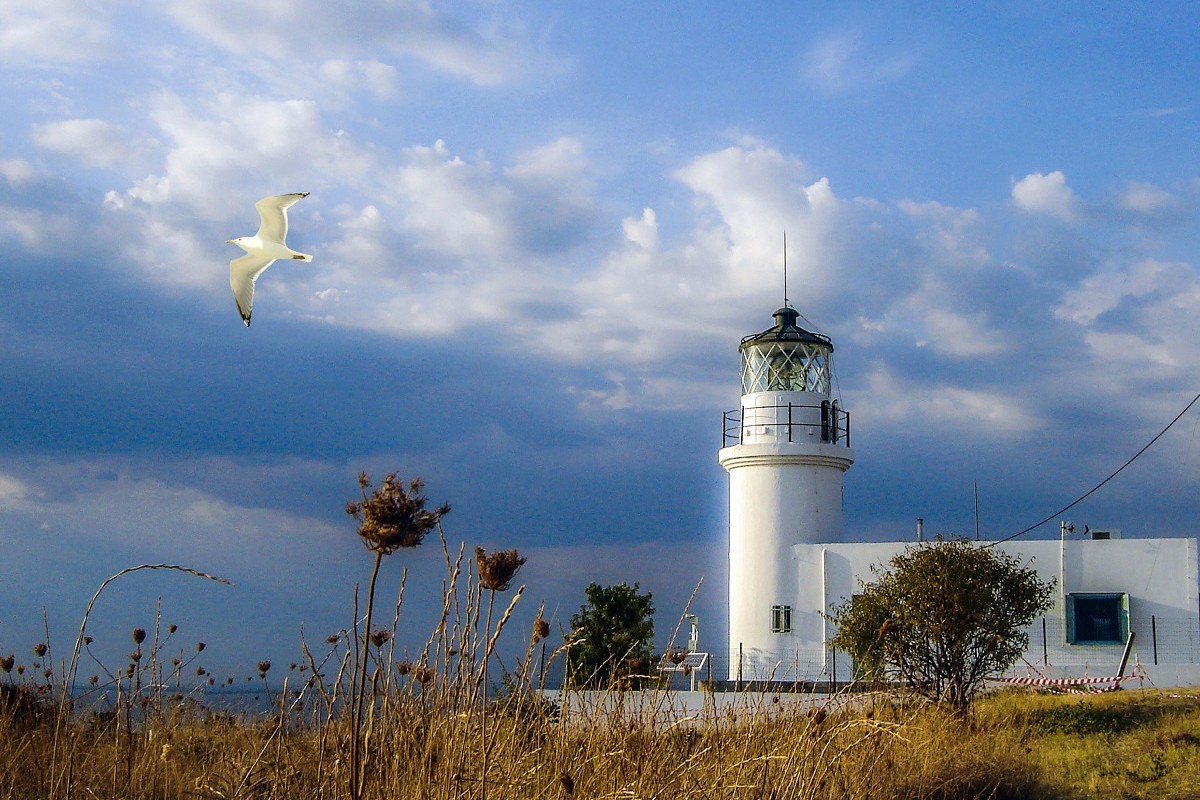 Where can you see the whole city of Thessaloniki from above?

Sofular is a seaside village located in the southwestern part of the city, on the cape of Karabournou. Today no one remembers it as Sofular, but as Angelochori, a village hosting one of the most important monuments of our industrial heritage.

The Lighthouse of Angelochori was built in 1864 by the French Lighthouse Company. It was built of solid bricks with a height of 10.5 meters and a focal height of 32 meters (distance of the lighthouse from the sea level). Due to its geographical position on a hill at the entrance to Thermaic Gulf, it was used as a military area by the Germans during the Occupation. Due to this use, the lighthouse had been damaged and that’s why its operation stopped. The lighthouse was repaired and started again in 1948, while it acquires electricity in 1863 and could send its signal within 17 nautical miles. In 1998 it is characterized as a protected monument.

Take a good look at the lighthouse in the photos below:

Look for the secret paper with the key in the photos below Maybe it will give us some answers!

When you visit the Lighthouse of Angelochori, don’t forget to find nearby the castle that built by German engineers (1883-1885) and see the city of Thessaloniki from above!