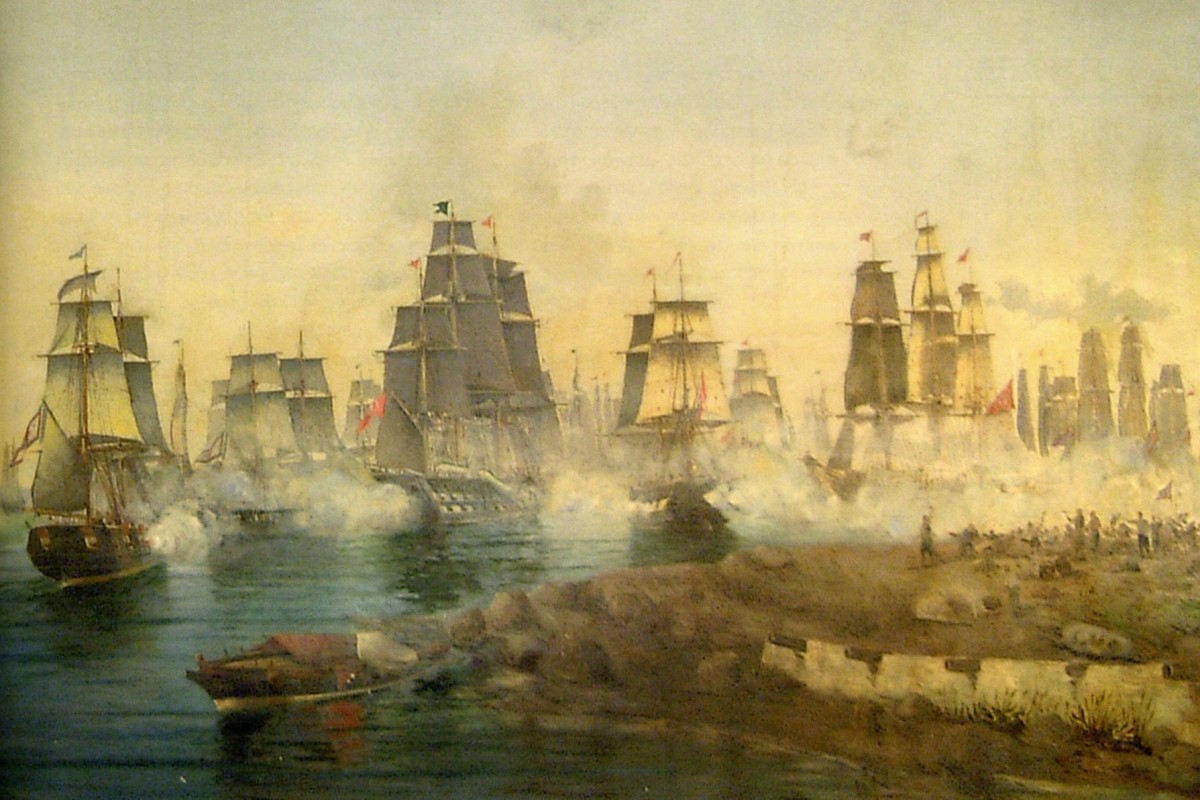 Month of Revolution | Battle of Spetses

Filikoi know that the participation of Greek navy is very important for the success of revolution. They must have the control of the sea too! After many discussions about it, the revolution acquires its own navy which is established by the ships of three islands: Hydra, Spetses and Psara. The fleet also is known as "Trinissios". Ships are mostly small and commercial, but can move very fast on water. The strongest Greek ship is the artillery. The captains are very experienced and know the waters of the area very well, while the female captains are the ones who offer their ships along with their property to equip and supply the naval corps of the resolutioners. Among them, Laskarina Pinotsi-Bouboulina and Manto Mavrogenous are well known for their navy abilities and they actually take part in the naval battles.

The first victories are seen from the first year of the revolution! After the burning of the Turkish flagship by Konstantinos Kanaris in Chios, the Ottomans are preparing new operations against the Greeks with the cooperation of the Egyptians. Thus, the Ottoman fleet sails in the summer of 1822 for the island of Spetses with the aim of conquering it, because on that way they can send help to their people at the fortress of Palamidi (Nafplio), which were under siege by the Greek forces. Everything is going according to plan and so, on September 8, Ottomans is at the entrance of the Strait of the Argolic Gulf, which separates Spetses from Ermionida. Of course, what the Ottomans did not calculate is… the misunderstanding of the Greeks!

As soon as the Ottoman fleet was in the sea of Kythera, it immediately signaled an alarm to the Greek navy! But no one is ready! Nobody knows what to do! The Greek fleet, trying to stop the enemy in any way, forms a line from Antimilos to Monemvasia. Andreas Miaoulis, as a captain, commands the ships to follow him to the strait to face the Ottomans there. The other captains, however, and specifically Anargyros Lembesis, Leonardos Theodoris, Lazaros Panagiotas and Antonios Kriezis, understand that Miaoulis doesn’t want to clash and thus misinterpret the signal he sends! What is the result of that? Their four ships sail easter of the rest fleet and they are suddenly among the enemy ships! Antonios Kriezis starts firing at the Ottoman ships, which continue their course. And so... the naval battle of Spetses begins!

Within a short time, the battle spread to all the ships of the Greek and Ottoman fleets, which numbered about 140. On the west side, the arsonist Andreas Pipinos tried to stick his artillery near the Ottoman ship, but unfortunately, he doesn’t succeed and catches fire along with all the sailors. The fire forces the enemy fleet to move away. On the other side, at the east, the arsonist Kosmas Barbatis from Spetses attacks with his ship to the Ottoman flagship, heading towards the center of the fleet, trying to set it on fire. Although he didn’t succeed, the destruction of the Barbatis’ ship force the Ottoman fleet to retreat.

The Ottomans return two more times to occupy the island of Spetses, but the artillery of the Greek navy manages to scare them and to make them retreat. The naval battle of Spetses finally ends on September 13, 1822. The Greek navy is the winner! Spetses remains on the side of the Fighters!