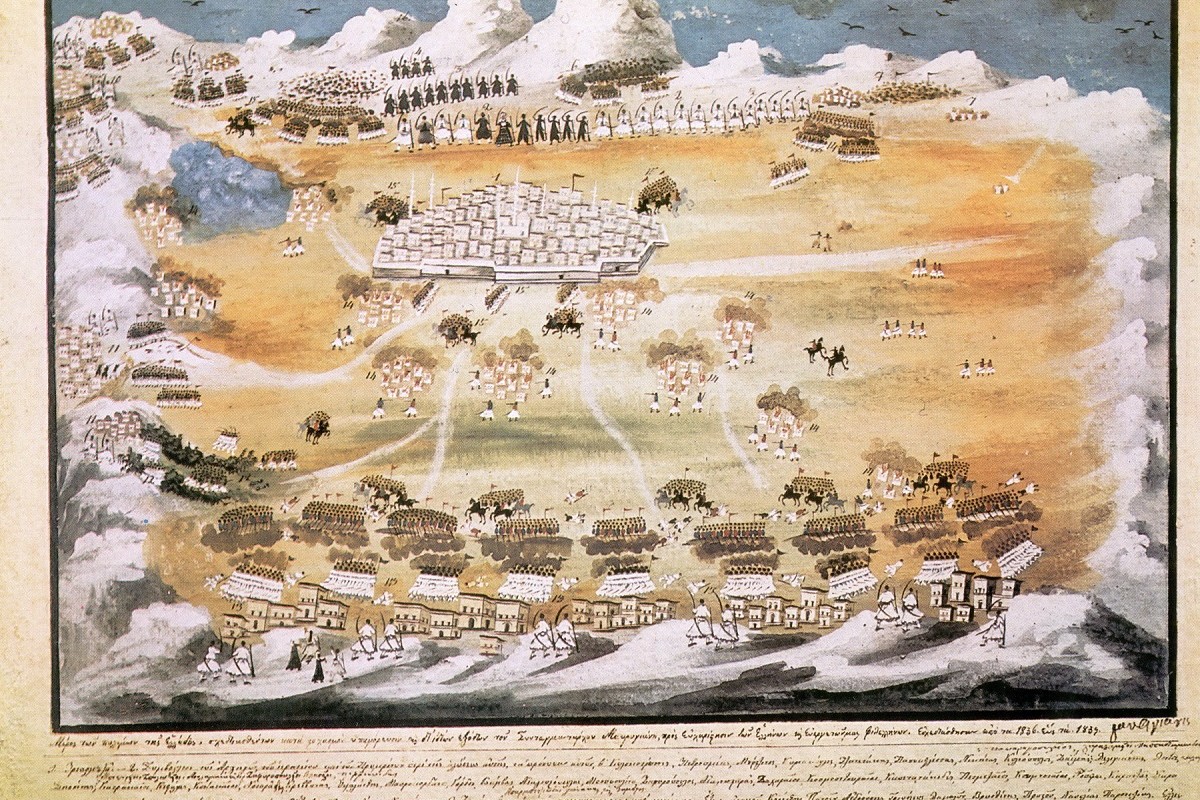 Month of Revolution | Siege of Tripolitsa

In the beginning of 1821, Alexander Ypsilantis reaches Iasio in Moldavia, through the river Pruthos. One of the most fierce battles is fought in the village of Dragatsani in June 1821. Although the Greeks don’t win the battle, Ypsilantis doesn't think they failed! Because the Greek Revolution has just begun! At the same time, Theodoros Kolokotronis and his army move in Peloponnese. The Filikoi have calculated their strengths, as they haven’t picked this area by chance: the Greek army is powerful and is larger in number, as most Ottoman soldiers have already moved in Epirus. Greeks know the area very well and know how to move in the mountainous terrain. The battles begin.

Greeks attack Kalavrita and Vostitsa and also liberate the city of Kalamata. Athanasios Diakos raises the revolution’s flag in Livadia, while after a few days the same flag is raised on the island of Psara. The revolution has been consolidated! Kolokotronis recognizes the loyalty of his fighters but knows that they also need a very well-coordinated plan. He is smart and military experienced. He leads the Greek army to an important strategic move: the siege of Tripolitsa.

Situated in the middle of Peloponnese, Tripolitsa is the administrative, economic and military center of the area. That’s why, the Ottomans had established their headquarters there. Kolokotronis knows that if they occupy the city, then they will control all of regions of Peloponnese! According to the maps of the area, Kolokotronis plots the siege: they would besiege the castle forming an army semicircle around it. They will have the control of the surrounding area, as they know all the secret passages better than anyone. The wall of the castle is 3.5 km long with a height of 4 meters and a thickness of 2 meters. It has towers with double loopholes, thirty cannons and seven gates. Kolokotronis knows very well the disadvantage of the castle: it is located in the middle of a plain. If they encircle the walls, the Ottomans will have no help from anywhere, as food and water will run out quickly. So, the siege of the castle begins in early June 1821 according to Kolokotronis' plan.

Four large military units of besiegers are placed in a semicircle around the castle of Tripolitsa: on the left is Kolokotronis with 2,500 men, on the right Panagiotis Giatrakos with 1,500, in the center Anagnostaras with 1,000 and at the back on the right Petrobey Mavromichalis with 1,500. The roads that lead to other villages are closed by the Greek army, while Greeks who live in Megara are preventing the Ottomans to send aid to Tripoli. The siege lasts about three months, when at nine o'clock in the morning of September 23, fifty men climb the wall, open the gate and raise the Greek flag. Greeks, armed, enter the city and plunder it. After three days, Tripolitsa belongs to the Greeks. The Greek army is equipped with 11,000 weapons and acquires the center of the Peloponnese

Kolokotronis' plan is successful. The Greek War of Independence is now reality!