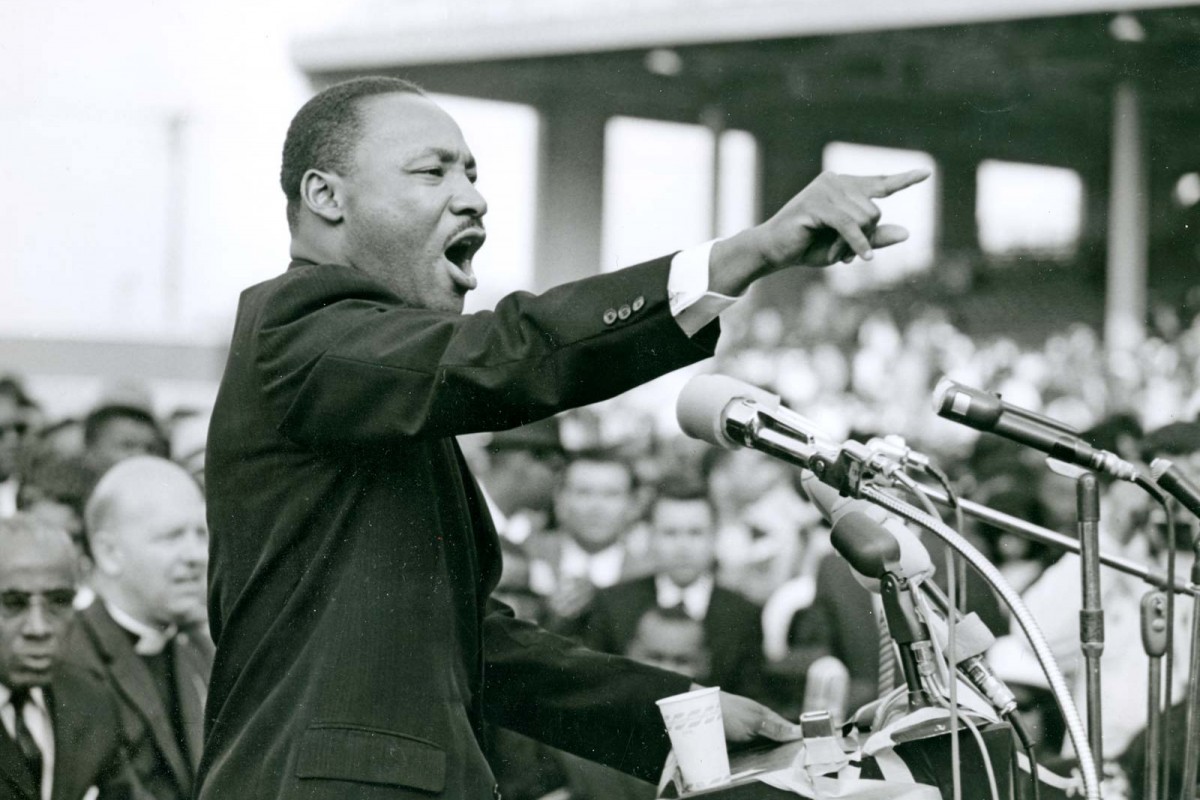 Martin Luther King Jr. was born on January 15, 1929 in Atlanta, Georgia. His father is a priest, while his mother is a teacher. From a young age, Luther King experiences loneliness and humiliation by white people because of the different color of his skin. At the age of six, he loses all his white friends, because he is forced by law to go to a public primary school only for people of black color. He continues his studies and he is a serious and diligent student. Although he is thinking of studying medicine or law, he eventually decides to follow in his father's footsteps and become a priest. In 1955 he finished his studies as a Doctor of Theology and decided to help his people with the guidance of God, defending the respect and value that deserves them.

Since then, an important period of his life’s begun, as Luther King gathers people who believe in him and his ideas: all people are equal and we all have equal opportunities at work, politics, society, in their own life. They found an organization and they choose him as their leader. One of Luther King’s many talents is his rhetoric, his way of talking to people and convincing them about his brilliant ideas. After giving many speeches and hard fighting, Luther King succeeds to convince the government to gain their own place on the bus.

Luther King doesn’t stop giving speech to people about his ideas. He travels to America where his followers are constantly growing, while they organize demonstrations and protests for their political rights. During a peaceful protest in Washington on August 28, 1963, Luther King gives one of his strongest speeches of all History:

I have a dream today!

where they will not be judged by the color of their skin, but by the content of their character!

In 1964 he wins the Nobel Peace Prize for his contribution to the fraternity of nations, reduction of standing armies and for the holding and promotion of peace congresses. At the same time, the Civil Rights Law is being passed, which authorizes the government to impose the elimination of racial discrimination in public places and to prosecute discrimination.

In the spring of 1968, on April 4, Luther King is on the balcony of his hotel with his partners, discussing his next plans. Unfortunately, he doesn’t manage to complete his planning, as he is dead from the bullet of a white sniper. Martin Luther King Jr. is murdered at the age of 39. Luther King’s funeral takes place on April 9, 1968, where 100,000 people, white and colored, accompany him on a 6-mile walk to Atlanta in Georgia.