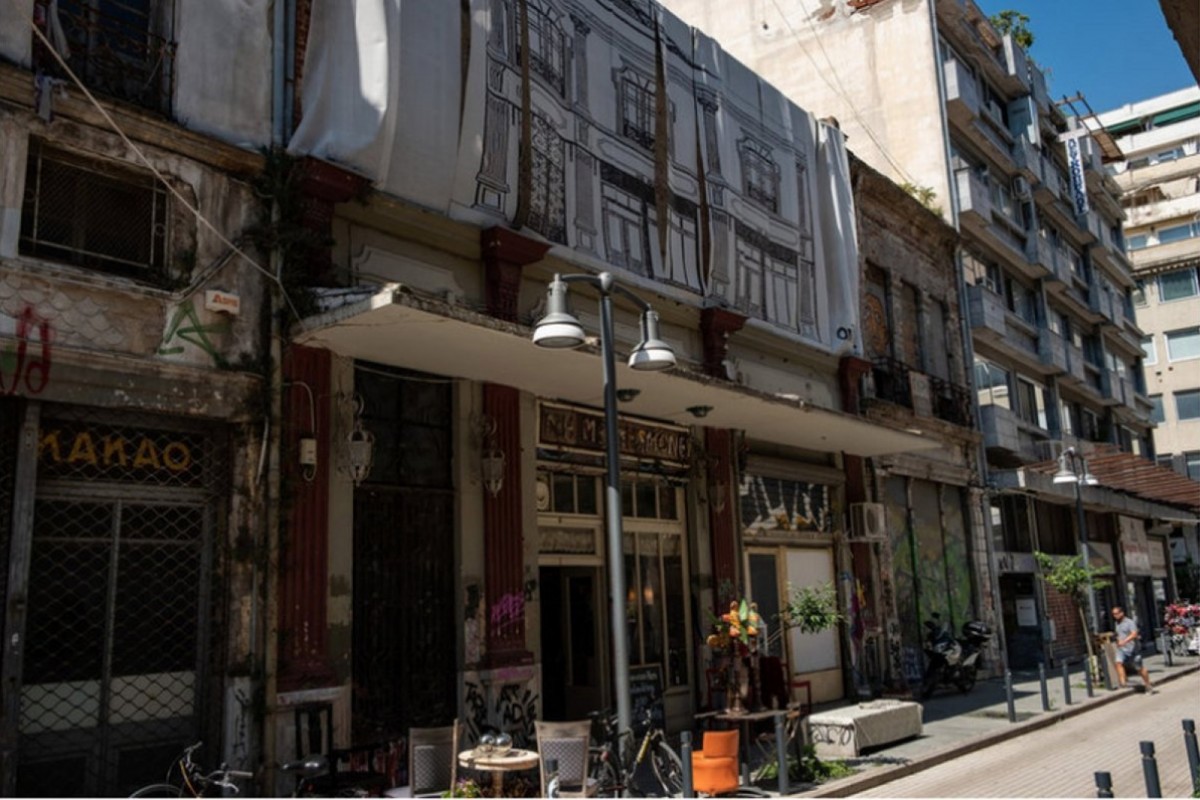 How old is the oldest hotel in the city of Thessaloniki?

Near the port of Thessaloniki, you can visit the building of Samuel Bensoussan in the historic region of Upper Ladadika. Samuel was a Jewish merchant living and working in Thessaloniki, during the last century of the Ottoman era. Ηe bought a plot of land near the port, where the foundations and the ground floor had already existed, and he began to build the first floor, operating the building as han. Soon, the motel became famous and since then is known to all as "Bensousan Han"

What is a “han”? “Han" in Turkish language means a motel, an inn or even a small caravanserai: a roadside inn where travelers (caravaners) could rest and recover from the day's journey. What are these buildings called today?

Take a good look at the Bensousan Han’s photos below:

Discover the secret paper with the key below in the photos and draw Bensoussan Han today. What name would Samuel give to his motel?