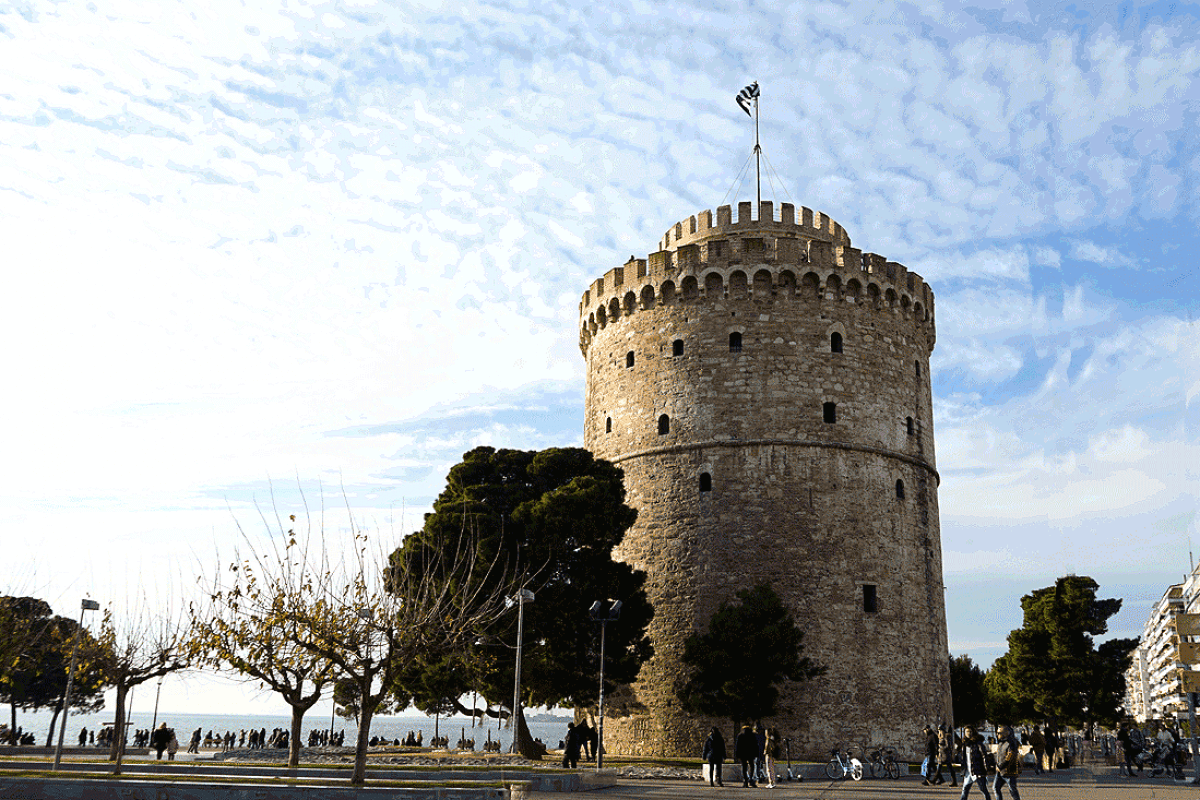 What's the first thing that springs to mind when you hear the name "Thessaloniki"?

But of course, the White Tower!

White Tower is the part of the fortification that was built on the sea side of the city of Thessaloniki, in order to protect the city from enemies. It is not known exactly when it was built, but many estimate that it was built somewhere in the 15th century, after the city was occupied by the Ottomans. In fact, rumors say that the architect of the Tower was the famous Mimar Sinan! From time to time it has changed several names and uses! Its first name was "Leo's Tower", according to a Turkish inscription located at the entrance of the outer enclosure.

Take a good look at the White Tower in the photos below:

Find out more information about its history and architecture at White Tower's Museum here. You will definitely find some answers!

Don’t forget to find the secret paper with the key in the photos below, which will help us in our exploration!

What other famous towers do you know? We will be very happy to hear from you!