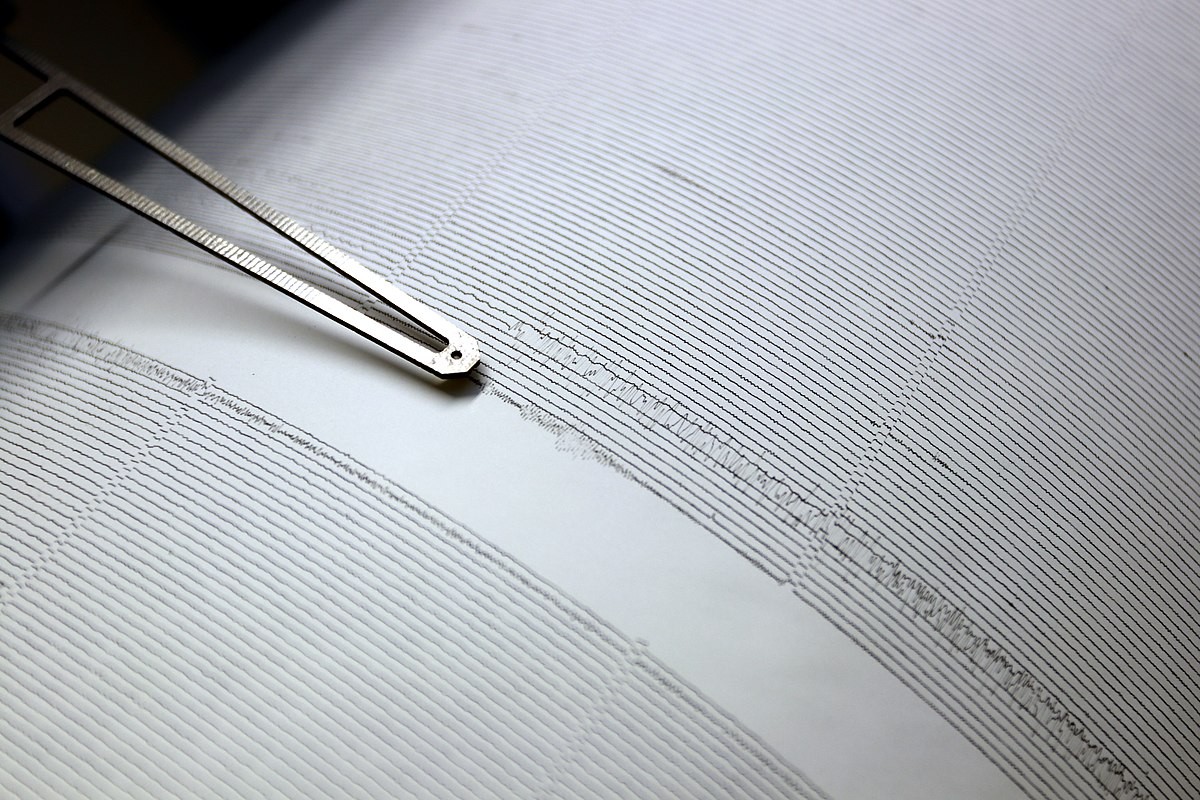 Recently, there have been several earthquakes in our city. But what does seismic vibration mean? How does an earthquake happen? What exactly is happening to the Earth?

Earthquake is a natural phenomenon, while the Earth's surface begins to move suddenly. But how does it move? Turbulence is caused by energy that has accumulated inside the Earth and is suddenly released on its surface. This energy is transmitted by "seismic waves", which move through the oscillations of rocks. As the waves reach the surface of the Earth, they cause turbulence on the ground, that we can feel ourselves!

But how is this energy transferred through seismic waves?

Find a small metal pan and place it on a table… upside down! In other words, put the pan’s opening to face down. Put a large piece of paper on the surface of the pan, so that it covers as much surface as possible. Spread some rice on the paper. Now, start strike the pan on the side with a metal spoon. In the beginning, you can strike softly and slowly you can increase the intensity and frequency. What do you notice? What happens to rice?

The energy you give to the spoon to strike the pan is transferred to the rice. In other words, you create seismic waves that you can observe on the surface of the pan. That's why the rice grains bounce on the baking sheet! Try, now, to do the same experiment with beans of different sizes, lentils and any other material you can imagine! What different do you notice?

Scientists have discovered that the Earth's surface is not uniform, but it’s consists of different parts that move and interact with each other creating earthquakes. These parts are called "tectonic plates". Such tectonic plates are found on Earth and on Mars!

But what are these tectonic plates look like? How do they move?

Cut two rectangular pieces out of cardboard boxes. Drill the two cardboards at the edges on one side. Pass a rope through the holes so you can pull the paper. Balance the two cardboard’s paper on a large baking tray in such a way that their two ends meet in the middle of the tray. The ropes should be on the outside. Cover the cardboard with soil, flour, sand or any other material you can find at home. Start pulling now the cardboard slowly from the ropes. What happens to the soil? How does it fall on the baking tray? Now, try to pull ropes with more force or pull them steeper or just shake them up and down. What is happening now?

Build on the cardboard’s paper some houses from different materials that you will find in your home, such as bricks, rolls of paper, lids, small plastic boxes. Pull the cardboard from the ropes once again. Imagine now that cardboard is the tectonic plates that begin to move by seismic waves coming from the Earth. What is happening now at homes? Which ones fall? For what reason?